McCrary joins the club after a season with Seattle Sounders FC. 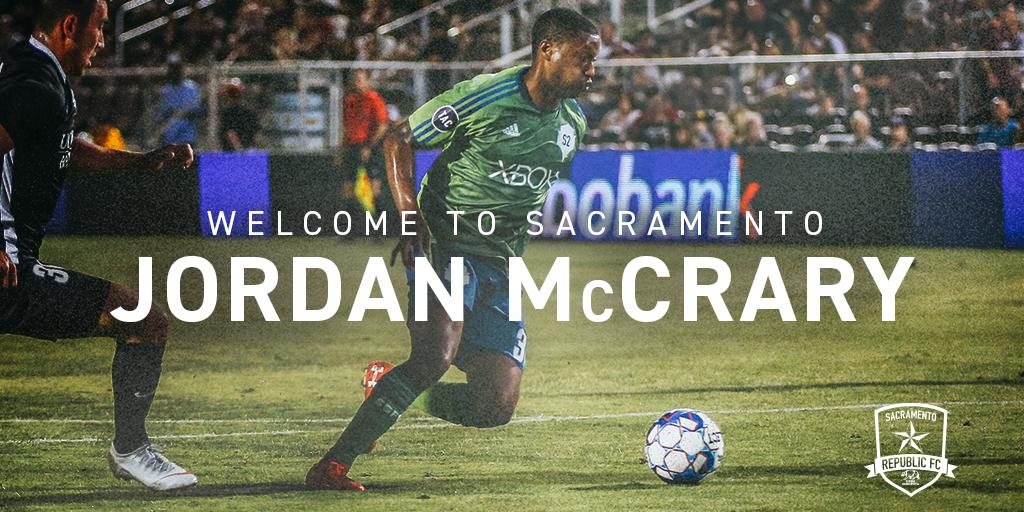 SACRAMENTO, Calif. (March 22, 2019) — Sacramento Republic FC announced today the signing of defender Jordan McCrary to a USL Championship contract for the 2019 season with a club option for 2020, pending league and federation approval.

“Jordan is a welcome addition to our backline with his versatility, especially at left back,” said Republic FC General Manager Todd Dunivant. “We value his national championship-winning pedigree, as well as his MLS experience, including the Concacaf Champions League and playoffs. Jordan brings a lot to the table and we look forward to his integration into the team.”

McCrary joins Republic FC after spending the 2018 season with Major League Soccer’s Seattle Sounders FC. The fullback, who can play on either wing, made 20 appearances for Sounders FC across all competitions last season, including league play, MLS Cup playoffs and the Concacaf Champions League. McCrary also made four appearances for their USL affiliate, Sounders FC 2 in 2018, including their September 2018 match against Republic FC at Papa Murphy’s Park.

Prior to his arrival in Seattle, McCrary spent the 2017 season with Toronto FC II, playing alongside current Republic FC defender Mitchell Taintor. McCrary started 19 of his 27 appearances for the Canadian side, tallying two assists in that span.

Born in Roswell, Georgia, McCrary attended the University of North Carolina at Chapel Hill where he helped the Tar Heels to an NCAA College Cup during his freshman year. He was the 10th overall selection in the 2016 MLS SuperDraft by the New England Revolution, appearing in two Lamar Hunt U.S. Open Cup matches for the club, in addition to one game with the Revolution’s USL affiliate, the Rochester Rhinos.

Republic continue their 2019 season this Sunday, March 24, at home against OKC Energy FC. Kickoff is scheduled for 2 p.m. and tickets to the match are available via Ticketmaster.com and the official Republic FC app.