Cohen joins the Israeli Premier League giants after spending the past season and a half with Republic FC. 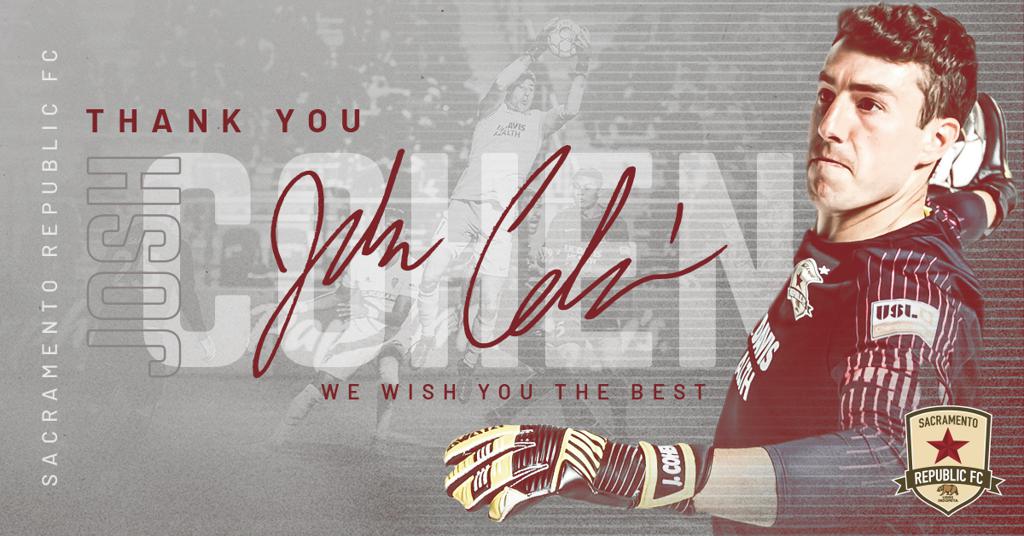 SACRAMENTO, Calif. — Sacramento Republic FC announced today they have reached an agreement with Maccabi Haifa FC of the Israeli Premier League for the transfer of Josh Cohen. The player will link up with Maccabi Haifa FC ahead of the first leg of their UEFA Europa League Second Round Qualifier next week against Ligue 1 side RC Strasbourg Alsace and ahead of their 2019-20 season.

“This move is bittersweet for the club and our fans because Josh has been absolutely outstanding for us,” said Republic FC General Manager Todd Dunivant. “But we are grateful for his contributions to Republic FC and to Sacramento, and aren’t surprised that his talents were noticed from a top club halfway across the world. We wish Josh all the best with his new club.”

“I am extremely grateful to the club, the fans and the city of Sacramento for all their support over the past two seasons,” said Cohen. ”The supporters here in Sacramento create a spectacular environment for the team, and the coaches, club staff and my teammates here have all played pivotal roles in my growth as a player. They are a large reason why such an amazing opportunity has presented itself; an opportunity which I could not allow myself to pass up. I am excited to see what the future holds for me as I continue my journey to become a better and more experienced goalkeeper. I will always cherish my time here and be a supporter of this special club, whether I am 7,000 miles away or back here in Sac.”

Based in the Isreali city of Haifa, Maccabi Haifa FC is one of the “Big Four” in the Israeli Premier League having won twelve league titles and ten domestic cups in its history. The club has also previously competed in both the UEFA Champions League and UEFA Europa League. Current Republic FC defender Dekel Keinan played for Maccabi Haifa FC at various stages throughout his professional career.

Republic FC continue their league campaign this Saturday,  July 20, as the team travels to Texas to take on Rio Grande Valley Toros FC. Kickoff is at 5:30 p.m. PT and the match will be broadcast live on KQCA My58, Estrella TV and ESPN+.