The Danish striker and 2018 USL Golden Boot Runner-Up will boost Sacramento’s offense heading into the final stretch of the season.

SACRAMENTO, Calif. — Sacramento Republic FC announced today the signing of forward Thomas Enevoldsen to a USL Championship contract for the remainder of the 2019 season with a club option for the 2020 season, pending league and federation approval. 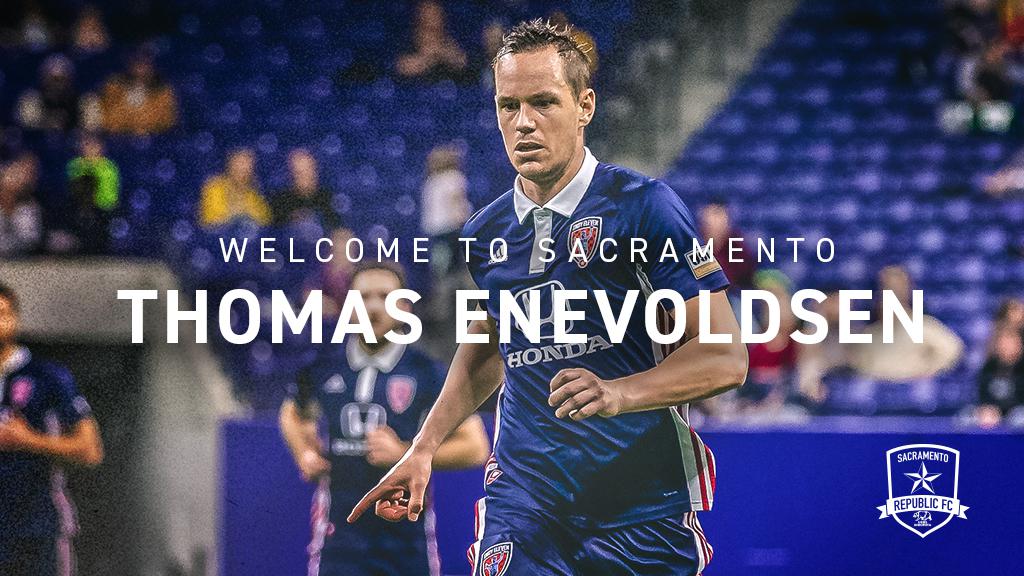 “We are very pleased to add a player of Thomas’ caliber to our squad at this stage of the season,” said Republic FC General Manager Todd Dunivant. “His experience at the highest level, and particularly in the USL Western Conference, will strengthen our attack in a major way.”

Enevoldsen arrives in Sacramento after spending the first half of the 2019 season with USL Championship side Indy Eleven, netting five goals and recording two assists from 20 appearances.

The 32-year-old striker is currently in his second year in the USL after spending the 2018 season with Orange County SC where he finished the year as the league’s Golden Boot Runner-Up with 20 goals and 10 assists. His performances earned him selection into the 2018 USL Championship All-League First Team and placed him as one of the USL Championship MVP finalists.

Enevoldsen started his professional career in 2007 at Aalborg BK in the Danish Superliga where he won a league title and featured in the UEFA Cup, notably scoring against English Premier League Side Tottenham Hotspur FC at White Hart Lane. He then had stints with FC Groningen (Eredivisie), KV Mechelen (Belgian Pro League) and NAC Breda (Eredivisie) between 2009-2018. During his time with FC Groningen, Enevoldsen featured in the UEFA Champions League, playing against storied sides such as Manchester United FC, Villarreal CF and Celtic FC.

A native of Aalborg, Denmark, Enevoldsen has represented his native country at the national team level. He scored his first international goal on May 27, 2010, in Denmark’s 2-0 win against Senegal and made an appearance in the 2010 FIFA World Cup as a substitute in Denmark’s 1-2 loss to Cameroon.