Republic FC’s academy is a strong resource for the club to help develop the next generation of player. Young players join the club to refine their skills, get top-flight instruction from outstanding coaches, and work for that opportunity to join the first team. 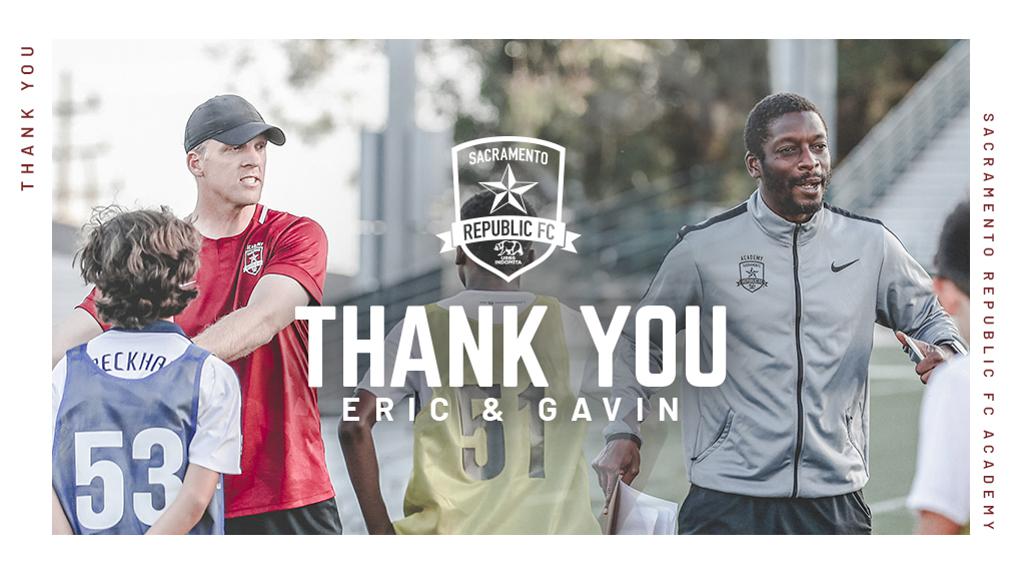 The Academy pipeline also serves the club’s coaching development pipeline as well. With the excitement around Sacramento soccer, former players looking to build a foundation in coaching, as well as experienced staff looking to develop their craft, are turning to Republic FC. Academy coaches have risen to lead the first team, as well as grow around the soccer ecosystem.

Two Republic FC Academy coaches, Eric Kronberg and Gavin Glinton, will take the next step in their coaching career and join USL clubs this year after supporting the development and growth of SRFC.

Eric heads north to join Portland Timbers 2 as the club’s goalkeeping coach. He joined SRFC two years ago after a 10-year playing career in Major League Soccer. During his time with the academy, he led the U-19s side, supported the U15s team, oversaw academy goalkeeper development, and even assisted with the first team keepers

Gavin also came to Sacramento two years ago after a strong professional playing career and has now joined New Mexico United as an assistant coach. His excellent work with our academy players drew outside attention and a new opportunity to rise in the coaching world.

On behalf of the entire SRFC family, we wish both Eric and Gavin the best of luck – and look forward to seeing them on the touchline this season.