Hayden Sargis Selected as Young Player of the Year Finalist

18-year-old homegrown talent, Republic FC academy alumni signed first pro contract in January and is the only 2020 Young Player of the Year finalist to be nominated in debut season

SACRAMENTO, Calif.  — Today, the United Soccer League Championship announced Republic FC defender Hayden Sargis is a finalist for the league’s annual Young Player of the Year Award. After signing his first professional contract in January and making his league debut this season, the homegrown standout is the youngest finalist for the 2020 award and the only player in this year’s class to be a finalist in their first season of play. Sargis joins San Antonio FC’s Jose Gallegos and Sporting Kansas City II’s Wilson Harris as this year’s class of promising young players under 23 years old. The award is voted on by team management and a league-wide media panel that included representation from every USL Championship market. The winner will be announced next Thursday, November 5. 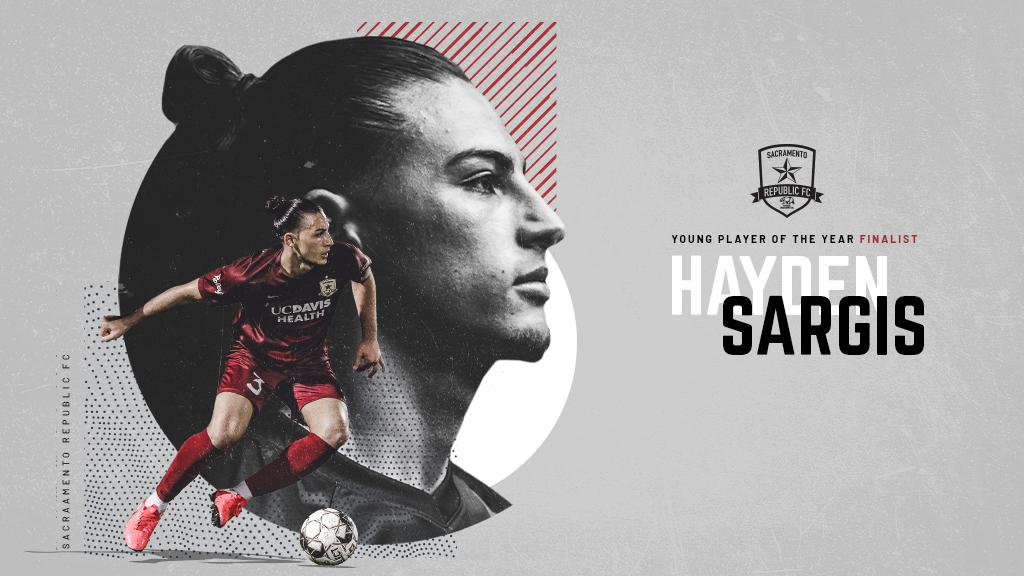 Sargis, an 18-year-old product of Republic FC’s youth academy, made 15 appearances (93% of the regular-season) with 14 starts at center back in a defensive front that only conceded 18 goals (3rd best in the Western Conference.) He is the first youth development player in Republic FC history to make his league debut on opening night as a member of the starting lineup. The defender led the team in several regular-season statistics including on-field minutes (1,236), passing (772 completed passes) – placing him in the league’s top ten, and 46 clearances. His Week 7 performance against Portland Timbers 2 earned USL Championship Team of the Week selection – the first by a Republic FC academy alumni.

The Turlock-native joined Republic FC in 2015 as a member of its youth development academy in its inaugural season. He was one of four players 18-years-old or younger from Republic FC’s development program to earn a place in the starting eleven during the 2020 USL Championship regular season.