Sacramento, Calif – Republic FC announced the first set of transactions in building its roster for the 2021 USL Championship season. The club plans to exercise contract options of five players into 2021 – Rafael Diaz, Shannon Gomez, Jordan McCrary, Jaime Villarreal, and Andrew Wheeler-Omiunu. At this time, the club will not exercise contract options for 2021 with Ashkanov Apollon, Villyan Bijev, Adam Grinwis, Rodrigo Lopez and Drew Skundrich. Juan Barahona’s and Matt Mahoney’s contracts will expire at the end of the league year. Brady Scott and Frank Lopez will return to their respective clubs following the end of their loan agreements. Sam Werner and Tomas Hilliard-Arce have elected to retire from professional soccer. 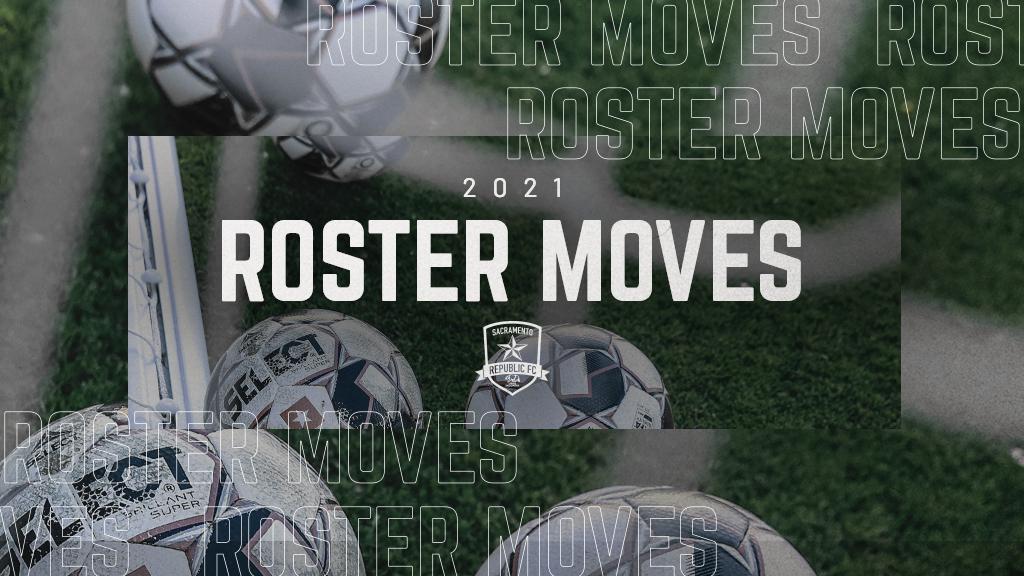 Young Player of the Year Finalist Hayden Sargis and fellow Republic FC Academy product Mario Penagos are set to return, alongside Cameron Iwasa and the five players who have had their contract options extended. Republic FC remains engaged in contract talks with several players to return for the 2021 season, including Kharlton Belmar and Dariusz Formella. Additional roster announcements and player transactions will be announced in the coming weeks and through the winter.

“2020 was a season unlike any other, and we are proud of our team for meeting a multitude of challenges head on and showing why we are the Indomitable Club.” said General Manager Todd Dunivant. “We want to thank each player for their service to the club and community, and we are looking forward to strengthening the team as we build the 2021 roster.”

In Head Coach Mark Briggs’s first season, Republic FC earned 30 points (8-2-6) in the abbreviated 16-game season, including a 10-game unbeaten streak and only falling twice, leading the league. The club earned its seventh consecutive playoff berth, dating back to the club’s inaugural season and first championship in 2014. Defensively, the club finished 3rdbest in the Western Conference, only conceding 18 goals through the regular season and playoffs with five clean sheets. On the attack, Republic finished near the top third of the league with 27 goals (1.68 per 90 min.) and fourth overall with 262 shots. This season also marked the continued development of youth players through the club’s academy system. Republic FC featured four players 18-years old or younger for 29 appearances – leading the league’s clubs not affiliated with a reserve squad.

Rafael Diaz, Shannon Gomez, and Jaime Villarreal will return for their fourth season, while Jordan McCrary marks his third year with the club. 2020 signing Andrew Wheeler-Omiunu will return for his second season in Sacramento.

Villyan Bijev joined Sacramento in 2017 on loan and signed with the club the following season. In four seasons, he appeared 95 times across all club competitions, scored 16 goals, and assisted 13 times. Off the field, Bijev was a constant fixture at the club’s community investment events, supporting various non-profits, fulfilling dreams through Make-A-Wish, and helping the club address food insecurity in the region.

Rodrigo Lopez returned to Sacramento in 2020, completing his second stint with Republic FC after competing in Mexico for 5 seasons. In 2020, he appeared 14 times with one goal and three assists. In his first tour (2014-15), he appeared 56 times with 25 goals and eight assists across all club competitions. RoRo’s mark on the club’s history books includes a valiant performance in 2014’s “Miracle at Bonney” semi-final playoff match, where a second-half hat trick advanced the Indomitable Club to the next round of the playoffs leading to the team’s first championship.

Second-year players Juan Barahona, Matt Mahoney and Drew Skundrich, as well as first-year players Ashkanov Apollon and Adam Grinwis will not return for 2021. Skundrich logged over 3,700 minutes in 49 appearances for Republic FC, and served as Captain in 2020. Mahoney appeared in 34 matches with over 2,200 minutes played. Barahona appeared in 25 matches, logging over 1,900 minutes with five assists. Apollon signed with Sacramento for the 2020 season after earning a contract following open tryouts and featured 12 times this season. Grinwis joined the club this season and started the first four matches before a season-ending injury.