Sacramento, Calif.– Sacramento Republic FC announced today that the club has signed 15-year-old midfielder and Sacramento-native Rafael Jauregui to his first professional contract, pending league and federation approval. Jauregui has been a member of Republic FC’s youth development academy since 2017 and joined the first team this summer on a USL Academy contract. Per club policy, the terms of the contract were not disclosed. 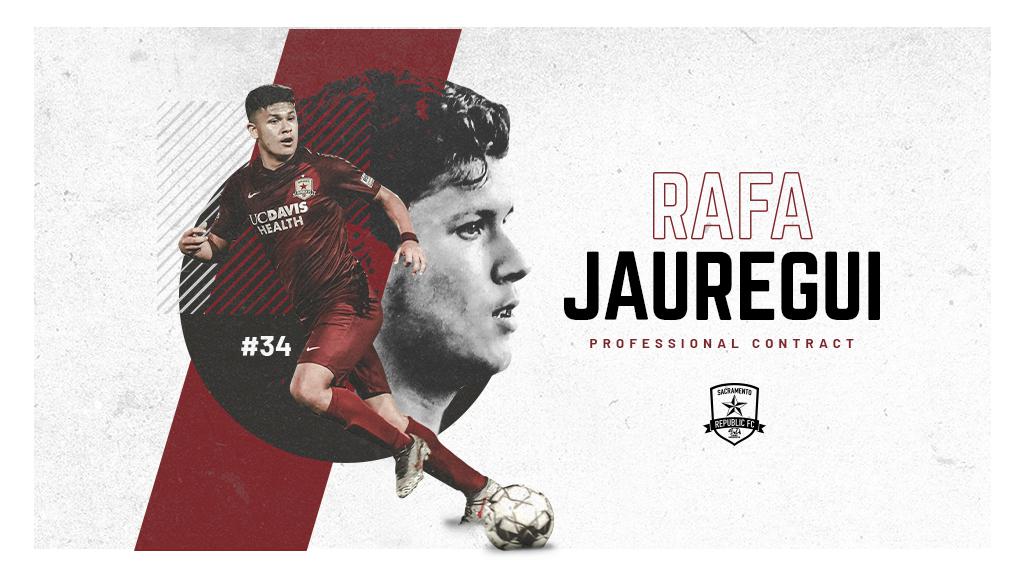 “Rafa is a special player and a special kid that doesn’t come along often. In 2020, as a 15-year old in first team training, he was routinely the best player in small-sided games,” said Republic FC General Manager Todd Dunivant. “Rafa’s poise, character and passion for the game reflect his family values and the countless hours spent in his neighborhood park. We’re proud to elevate another Sacramento native from our academy to the first team.”

“Rafa embodies everything we look for in a member of our club and academy – his eagerness to learn, desire to improve every day and his love for the game are infectious,” said Republic FC Academy Director and Head Coach Dennis Sanchez. “Our entire Academy is excited to watch him elevate his game to the next level, and continue to grow as a player and a person within our first team environment.”

Since its Major League Soccer expansion announcement in 2019, Republic FC has signed three players developed in its youth system to professional contracts. Twelve players have moved into the professional ranks since the academy’s inception in 2015.

In 2020, Republic FC featured four players 18-years old or younger for 29 appearances – leading USL Championship clubs not affiliated with a reserve squad. Republic FC has extended thirteen USL Academy contracts, providing promising young talent an opportunity to train with the first team and a pathway to gaining valuable playing experience, while retaining college eligibility. Over 30 Republic FC Academy players have been called up into a national team camp and nearly 50 academy players have players signed to Division 1 college soccer programs.

“It doesn't really exist in any other sport or any other team sport is that you can grow up in Sacramento with your favorite team, work your tail off as a young member in the academy, and then do exactly what Rafa did – become a professional,” said Republic FC President & COO Ben Gumpert. “There is something very special about dreaming of one day playing in your hometown stadium in front of your hometown crowd and in front of your family, and this is proof that it can happen in Sacramento.”

‘Rafa’ was the thirteenth USL Academy signing in club history, after joining the club’s youth development academy in 2017. This season, he was listed in the 18-man game day roster in 13 of the club’s 16 matches (including playoffs,) with five appearances (101 minutes) including one start making him the youngest player to start in club history.

Against Reno 1868 FC on July 20, Jauregui made his league debut as a second-half substitute, marking history as the club’s youngest player to appear in a league match. At the age of 15 years, nine months and ten days, Rafa became the youngest player in Republic FC history selected to start a league match, when he registered 62 minutes against Tacoma Defiance on September 30.

Jauregui joined the SRFC Youth Academy in 2017 from Sacramento’s San Juan Soccer Club. Rafa scored 32 goals in 82 U.S. Development Academy games, earning the young midfielder a U.S. Youth National Team call up. He’s represented for country at three international competitions, most recently in 2019 where he was invited to join the U-15 Boys’ team for the Concacaf Championship – starting three games and netting two goals – helping his side to the competition’s semifinals.