“Our academy continues to produce quality people and quality players, and we are delighted to see this group earn the opportunity for first team minutes. Danny, JuJu, Uli, EJ, and Chuy have impressed in preseason and will be valuable pieces for us, especially in this condensed season,” said Republic FC President & General Manager Todd Dunivant. “Our academy staff continue to do a tremendous job of cultivating players that embody our club identity and playing style and can seamlessly contribute to the goal of winning a championship for Sacramento.” 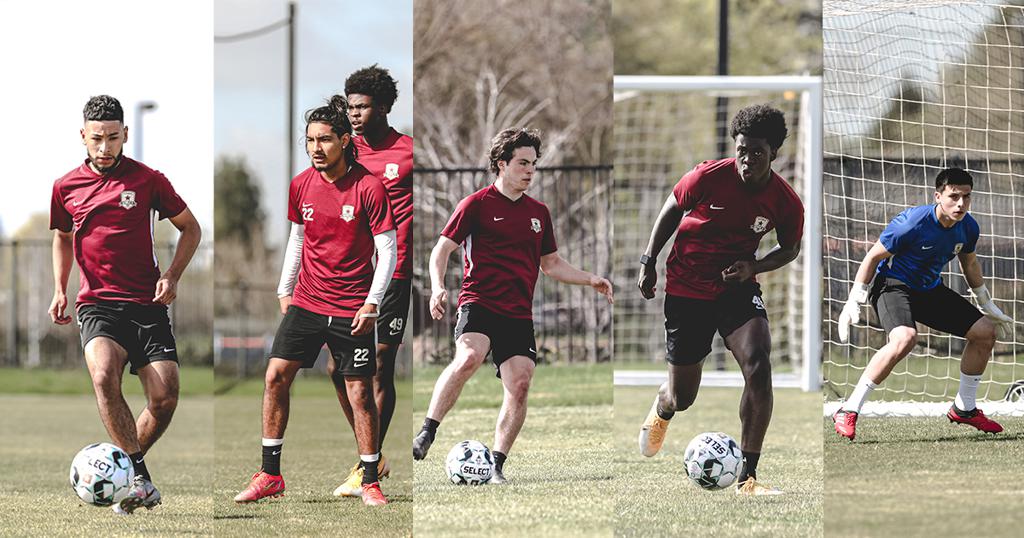 Chavez, an 18-year-old midfielder from Sacramento, has been a member of Republic FC’s Academy since 2015. Last season, “JuJu” joined the first team after signing his first USL Academy contract. In 2020, he earned his first USL Championship start, scored a game-winning goal against Timbers 2 to support the club’s run to the playoffs, and was in the game day squad nine times and made four appearances as a substitute. Chavez will wear #22.

Centeno, an 18-year-old defender from Stockton, returns to Republic FC after a brief stint with FC Dallas. “Danny” joined the Indomitable Club’s academy in 2015 and has logged matches at each age level. During U.S. Soccer Development Academy competition, he appeared in 105 games (85 starts) and scored 13 goals. Centeno will wear 52. Before joining Republic FC, Danny played for local youth club, East Valley FC.

Sanchez, a 17-year-old goalkeeper from Madera, has been a member of Republic FC’s academy since 2017. In three seasons, “Chuy” made 50 appearances (49 starts) for the Indomitable Club’s youth sides across U.S. Soccer Development Academy competition. Sanchez will wear 39. Before joining Republic FC, Chuy played for local youth club, Cal Odyssey.

USL Academy contracts allow academy players the chance to play with the first team in professional matches, while retaining their NCAA eligibility by preserving their amateur status. Since 2018, sixteen Republic FC Academy players have signed USL Academy contracts and joined the first team for trainings and matches to continue their development at the highest level. Republic FC is the only soccer club in the region that can provide talented players with an opportunity to compete against top-tier talent at the youth and senior levels.

The club hosted a successful 2009 and 2010 talent identification session with over 100 players for the Academy’s innovative U12 Center of Excellence program that provides additional training for the next generation of regional talented players. Over Memorial Day Weekend, the Republic FC’s Academy will host open tryouts for each of the club’s youth development teams. Republic FC is the only professional team in Northern California with a youth development academy that can offer unique first team development, a fully integrated professional pathway for 11-12 years old, and top-flight competition from across the country through MLS NEXT.

Republic FC will welcome back fans to matches for the first time in a year this Saturday, April 24 at noon, when the Indomitable Club hosts Real Monarchs.