Today, Sacramento Republic FC announced that the club has reached an agreement to add midfielder Nick Ross to the club’s 2022 roster, pending league and federation approval. Per club policy, the terms of the contract were not disclosed.

“Nick has anchored one of the best midfields in the league the past three seasons,” said Republic FC President and General Manager Todd Dunivant. “He is comfortable on the ball and has a calm and assured leadership style that will be an asset both on and off the field.” 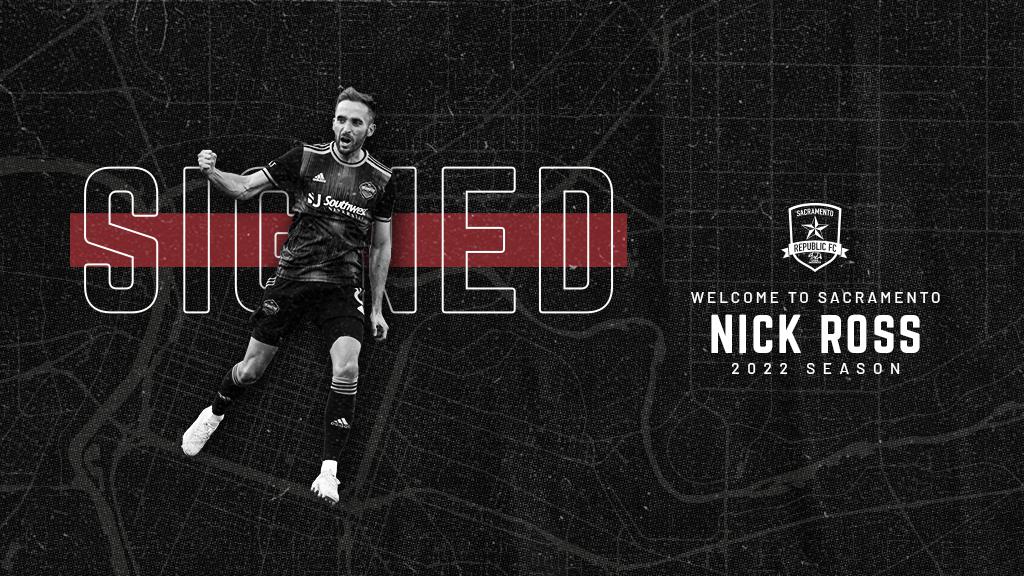 The 30-year-old Scot joins Republic FC following three years with USL Championship side El Paso Locomotive FC. One of Locomotive’s first signings ahead of its inaugural 2019 season, he played an integral role in helping lift the club to two consecutive Western Conference Final appearances (2019 and 2020). He is in the top two for all-time appearances (76) and minutes (5,869) for the West Texas club. He has also tallied six goals and eight assists, and created 71 total scoring opportunities with an overall average passing accuracy of 88.8%.

Before coming to the United States, Nick logged minutes in his native Scotland, climbing through ranks of the Scottish Professional Football League. He first rose out of the youth development program at Inverness Caledonian Thistle F.C.—then in the second-tier Scottish Championship—and made his debut with the first team in 2009, helping the club win the Inverness Cup and secure a promotion to the Scottish Premiership. He stayed with Inverness through 2015 when the club won the Scottish Cup, adding 14 goals and 16 assists in 175 appearances across all competitions. He then signed with Dundee F.C. of the Scottish Premiership, tallying one goal and one assist in 44 appearances and later returned to his homeland to join Highland League side Brora Rangers FC in 2018. Ross has also represented Scotland on the international stage with one goal in two caps with the U21 national team in 2010.