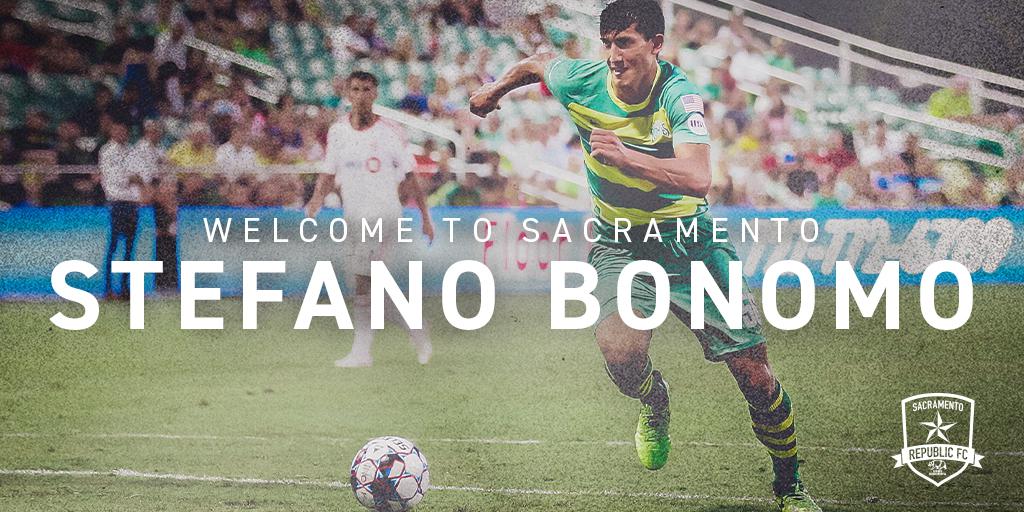 “Stefano is a big addition to our front line,” said Republic FC General Manager Todd Dunivant. “He can score goals in different ways, has shown his leadership qualities as Red Bulls II captain and won the USL Cup in 2016. We are pleased to welcome Stefano back to his native Northern California.”

Bonomo joins Republic FC after spending the bulk of his professional career with USL Championship side New York Red Bulls II.  Selected in the 2015 MLS SuperDraft by the NY Red Bulls, Bonomo signed with their USL affiliate and helped lead them to the Eastern Conference title, the USL Regular Season Championship and their first USL Cup all during the 2016 season. The Hillsborough, California, native followed his title-winning year by finishing as Red Bulls II’s top scorer with 13 goals the following season.

His performances earned him an MLS contract with the Red Bulls ahead of the 2018 season and he made his senior debut in a 3-0 win at home over Minnesota United in March. Bonomo was loaned  to RBII during the 2018 season before being signed by the Tampa Bay Rowdies in July of that year. In all, Bonomo made 64 appearances for RBII, recording 24 goals and nine assists across his four seasons in New York. He wrapped up the 2018 season in Florida with three goals and an assist during nine appearances with the Rowdies.

Prior to signing with RBII, Bonomo attended the University of California, Berkeley, where he earned an All-PAC-12 First Team selection his senior year.

Bonomo, who is of Italian and Japanese descent, holds both U.S. and Italian citizenship.