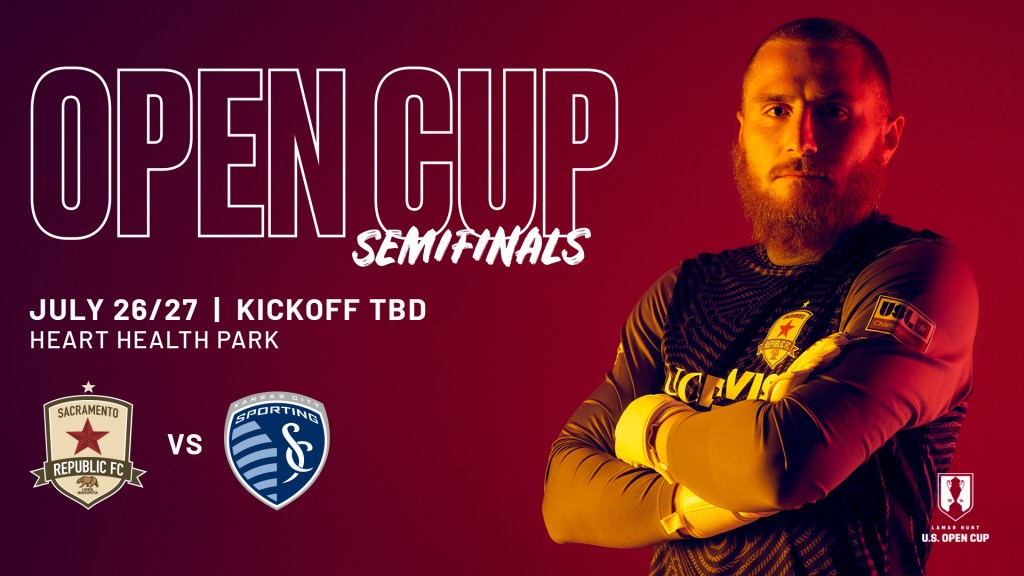 SACRAMENTO, Calif. — During Thursday’s episode of Futbol Americas, U.S. Soccer announced the hosts for the semifinal matches of the 2022 Lamar Hunt U.S. Open Cup, as well as the hosting preference for the Final match. After defeating LA Galaxy on the road Tuesday night in the Indomitable Club’s first quarterfinal appearance, Sacramento will host Sporting Kansas City at Heart Health Park on July 27. Kickoff for the semifinal will be set following the remaining quarterfinal match on June 26 between Nashville SC and Orlando City SC.

In reaching the semifinal round, Republic FC is the first club outside of the top division of American soccer to make the penultimate stage of the tournament since USL side FC Cincinnati in 2017. The club will share more information about the match-up and how fans can purchase tickets on Friday, June 24th following U.S. Soccer’s match date and time announcement.

The contest will be the first-ever meeting between Sacramento and Sporting Kansas City, and the 10th all-time meeting between Republic FC and an MLS club in the U.S. Open Cup. Against MLS teams in the competition, Republic FC is 4-5, including this year’s wins over San Jose and Los Angeles. Sacramento defeated Real Salt Lake and Seattle Sounders FC in the 2017 and 2018 tournaments.

To reach the semifinal, Sporting Kansas City defeated USL League One club Union Omaha 6-0 in the quarterfinal round. Prior to their matchup with Omaha, they bested MLS Western Conference foes FC Dallas after extra time in the Round of 32 and Houston Dynamo in the Round of 16, both on their home ground. The club has won the U.S. Open Cup on four occasions, winning the title in 2004, 2012, 2015, and most recently in 2017.

Republic FC returns to USL league play this Saturday, June 25 when they travel to faceregional foe Monterey Bay F.C. Kickoff is set for 7:00 p.m. from Cardinale Stadium in Seaside, CA. Fans can watch the match on Antenna TV 40.2, FOX40.com and the FOX40 app, and streaming on ESPN+. 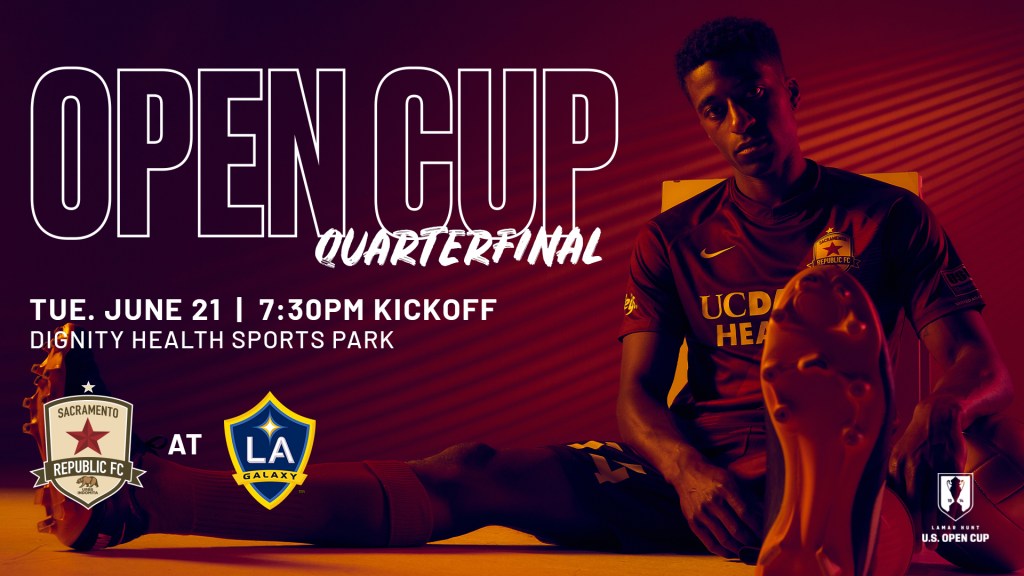 Wednesday night’s historic win over San Jose Earthquakes pushes Republic FC into the Quarterfinals of the U.S. Open Cup for the first time in team history. The Indomitable Club continued its winning ways at home with a massive crowd behind the Boys in Old Glory Red, growing the team’s all-time Open Cup home tally to 15-1 – remaining undefeated against three MLS opponents.

On June 21, the Boys in Old Glory Red will head to Carson, California to face off against LA Galaxy with a spot in the U.S. Open Cup semi-finals on the line – and bragging rights for all the California teams. Republic FC remains the lone USL Championship club in the competition. Kickoff is set for 7:30 p.m. at Dignity Health Sports Park. The club will share more information about tickets and opportunities for fans to watch the game in the coming days.

The contest will be the second all-time between Sacramento and LA Galaxy. In 2017, after Sacramento defeated Seattle Sounders FC in the Round of 32, the two clubs faced off at Dignity Health Sports Park in Republic FC’s first-ever Round of 16 appearance. The Southern California side took a 2-0 victory over Sacramento in the contest behind two quick scores out of halftime. The match on June 21 will mark the ninth all-time fixture between Republic FC and an MLS club in the U.S. Open Cup.

To reach the Quarterfinal round, Los Angeles defeated crosstown rival LAFC 3-1 in the Round of 16. All three of their contests in this year’s tournament have come against other SoCal clubs – they opened the tournament against San Diego Loyal SC, before meeting with NISA club California United Strikers in the Round of 32. LA Galaxy has two Open Cup titles to their name, winning the tournament in 2001 and 2005. 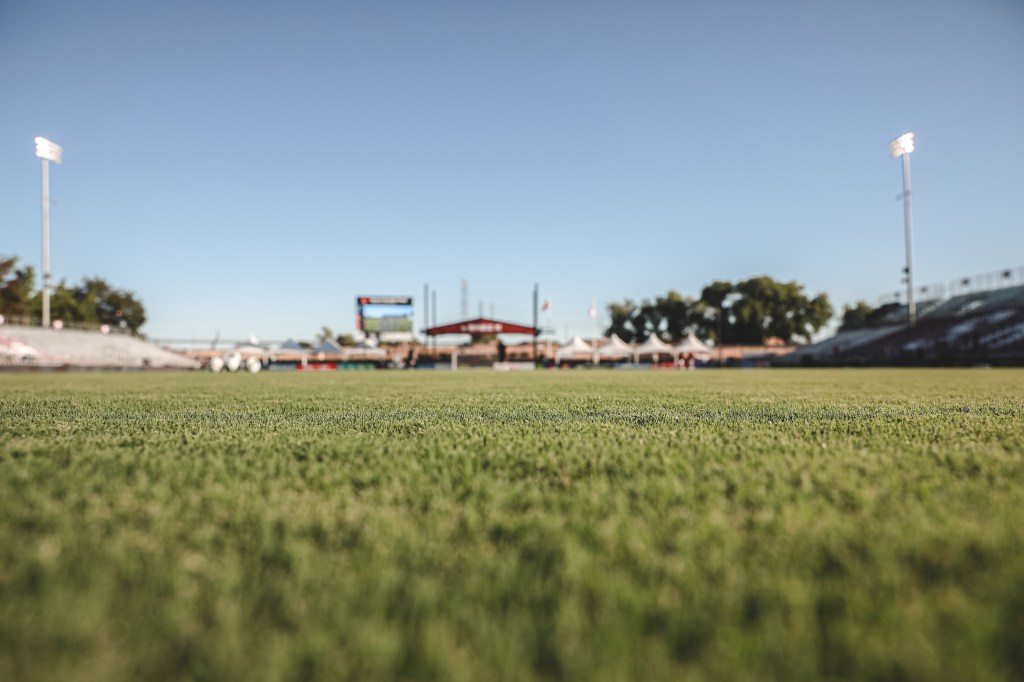 On Sunday, the Sacramento Bee featured an important message to fans from Republic FC owner Kevin Nagle ahead of the club’s U.S. Open Cup contest with San Jose Earthquakes on May 25. Preview Nagle’s message below, and read the full piece at SacBee.com.

On Wednesday, we have a massive opportunity to show why Sacramento belongs on the biggest stages.

You may not know about the Lamar Hunt U.S. Open Cup – the nation’s oldest soccer tournament. But you know what it means for Sacramento to rise to the occasion, to punch above our weight class, and remind people how magnificent our community is. And we need you to be there when Sacramento Republic hosts San Jose of MLS on Wednesday night.

The annual Open Cup tournament is full of magical moments like March Madness – instant classics, Cinderella showdowns, where David triumphs over Goliath. But before we take the field and hear the first whistle, we can write Sacramento into the Open Cup history books with a capacity crowd ready to push the Boys in Old Glory Red into the quarterfinals of the tournament. We know what we’re capable of with the city behind us. There isn’t another environment in the sports world quite like a stadium full of Sacramento fans.

I’ll be blunt. We need you. Every single one of you. Every last fan and friend. Pound every drum. Wave every flag. Sing every song. Stomp every bleacher. It is going to take a massive effort to push our club forward – but with this community behind us, we know we’ll reach great heights.

Read the full article at SacBee.com. 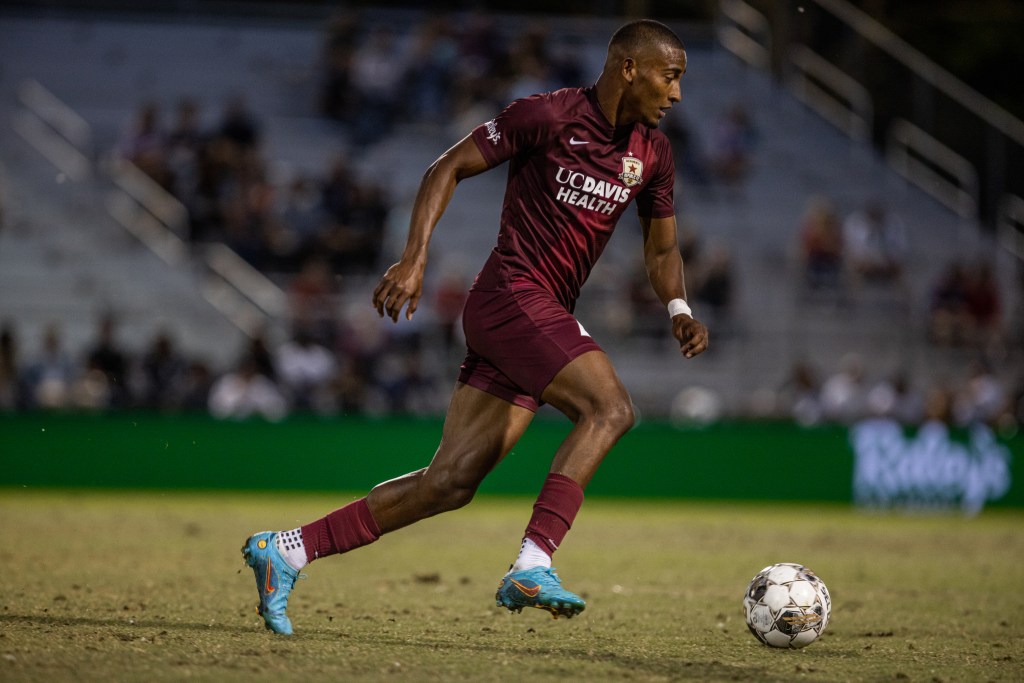 This Wednesday, Republic FC hosts the U.S. Open Cup Round of 16 for the first time in club history. It’s sure to be an exciting night at Heart Health Park, as Sacramento looks to punch their ticket to a quarterfinal match in Los Angeles and claim NorCal superiority over San Jose Earthquakes.

For Sacramento, Wednesday’s match has the full attention of the entire squad. The club’s loss to El Paso last week is firmly in the rear-view mirror with all of their focus now being dedicated to advancing to the Quarterfinal stage of American Soccer’s oldest tournament.

Coming in, the club will have had a full week of training and preparation under their belt to fine tune on the attacking end and work to maintain their defensive excellence. Should they keep consistent with their last few performances, they’ll have a great chance to get a win. Mark Briggs’ men have pulled out all of the stops to take advantage of every edge they believe they have – from the players on the roster who have previous history with the Bay Area side, to making sure the fine print of the game plan is just how they want it.

San Jose enters Wednesday’s NorCal Derby in good form. Sunday, they drew with Sporting Kansas City in league play, and last Wednesday took a thrilling 3-2 win over Portland Timbers. Since April 23, the club’s dropped points just once, adding an Open Cup penalty-shootout win over Seattle Sounders on May 11. Excellence up top has fueled their surge, as they’ve risen to be one of Major League Soccer’s top scoring squads with 23 goals on the year.

The Quakes do have the short end of the stick when it comes to the schedule. On Wednesday, they will be taking the pitch for the fourth time in ten days, but like what happened with Sacramento on May 11 in their final game of a demanding stretch San Jose could be energized by their trip north. After all, the contest represents a lot for all fans, players, coaches, and more regardless of what leads up to it.

Wednesday’s contest will be the fourth competitive match between Sacramento and San Jose, all of them in Open Cup play. San Jose has taken the victory in each fixture to this point, but did so with the benefit of home-field advantage each time. The two sides’ last meeting was a back-and-forth thriller, ending 4-3 after a flurry of late scores. 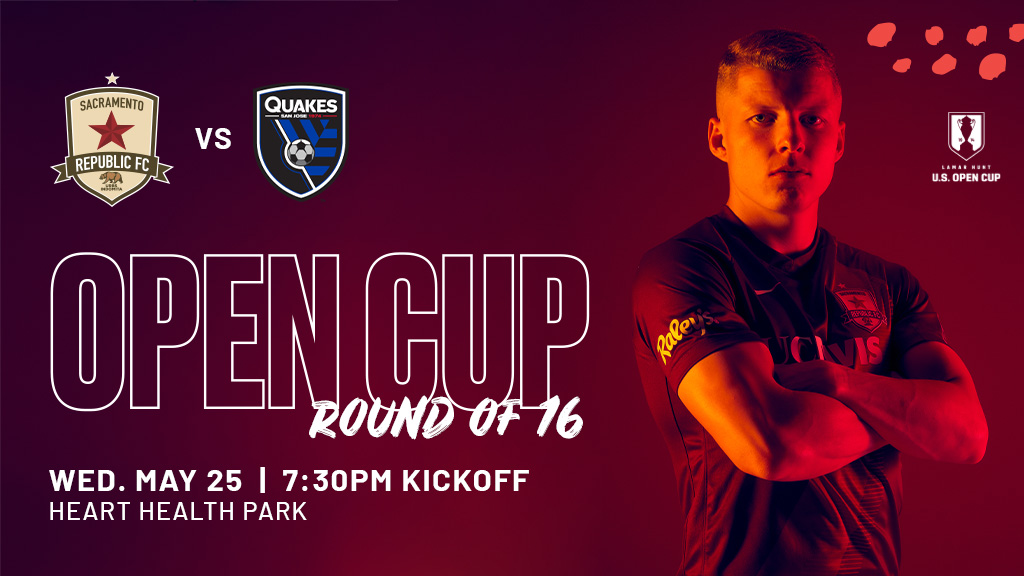 Sacramento, Calif. – After defeating Phoenix Rising FC 2-0 on Wednesday, the Indomitable Club advanced to the Round of 16 in the 2022 U.S. Open Cup. Republic FC will host San Jose Earthquakes on May 25th in an elimination match later this month as part of America’s longest-running soccer tournament.

This is the third time in club history that Republic FC have reached the Round of 16 and the first time Sacramento will host an MLS opponent in the Round of 16. Republic FC are one of three non-MLS teams remaining in this year’s tournament. The 107th edition of the U.S. Open Cup features 103 teams across the country from amateur clubs to the topflight of American soccer.

Republic FC and the Quakes have a history that begins with the Boys in Old Glory Red’s first cup quest. All three Open Cup fixtures have been played on San Jose’s home turf. But Republic FC hold an all-time 15-1 record at home in U.S. Open Cup play – including two victories over MLS opponents.

In 2014, Republic FC reached the fourth round only to fall 2-1 in San Jose. The following year, Republic FC pushed San Jose to extra time, 2-2, but would fall in the 8th round of a penalty shootout. The third Open Cup matchup in the 2019 Fourth Round opened in spectacular fashion with Sacramento opening the scoring with two goals in the first 15 minutes, but eventually San Jose would rally and advance with a 4-3 win.

Before the next cup match, Sacramento will return to league play on Wednesday, May 18, against El Paso Locomotive FC at Southwest University Park. Kickoff is set for 6:00 p.m. and the match will be broadcast live on Antenna TV 40.2, FOX40.com and the FOX40 News App, and streaming on ESPN+.